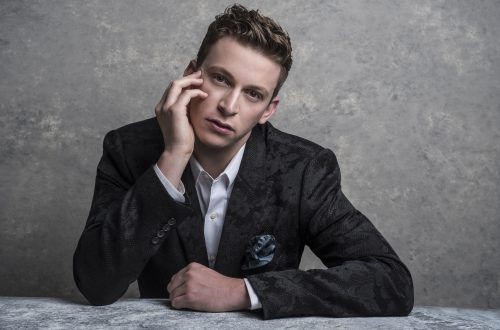 As King of the Fairies, 27-year-old countertenor Nussbaum Cohen is one of the only international guests at this year’s festival and upon witnessing his performance last night, it is clear as to why the international press considers him a redefining force in the countertenor field.
Limelight, Jansson J. Antmann

The American Nussbaum Cohen proves a winning David; his shapely arias are smooth as butter. “O King, Your Favours With Delight,” and especially “O Lord, Whose Mercies Numberless,” ravish the ear. The mix could use a little more harp, but his rich, gender-ambiguous tone is suitably otherworldly.
Opera News, Clive Paget

McGegan and his forces underscored the resourceful extravagance of Handel’s 1744 masterpiece. But just as in the score itself, this was an occasion on which David walked off with the crown.

That would be Aryeh Nussbaum Cohen, the extravagantly gifted young countertenor whose every appearance only serves to add luster to an already remarkable level of accomplishment. At 25, an Adler Fellow with the San Francisco Opera, he seemed poised to redefine what’s possible for singers of this distinctive voice type.

For one thing, Cohen’s singing boasts a combination of ethereal beauty and robust physicality that few countertenors can quite achieve. David, who appears in “Saul” in the double guise of angelic musician and mighty warrior, draws on both sides of this artistry.
San Francisco Chronicle, Joshua Kosman

There were several good singers…But there was only one complete artist. At just 23, Aryeh Nussbaum Cohen…already possesses a remarkable gift for intimate communication in a vast hall, combined with a voice of velvety gentleness — surprisingly penetrating given the tenderness of its texture. While most young performers in the National Council Auditions concentrate simply on nailing their high notes, Mr. Cohen — his diction superb, his acting alert without overplaying — provided an eloquent reflection on a current international crisis… Expressive yet dignified, his phrasing confident and his ornamentation stylishly discreet, he brought tears to my eyes. Mr. Cohen was deservedly named one of the competition’s six winners, but he stood clearly apart from the pack… There was only one singer who could plausibly stand with the voluptuous-voiced Jamie Barton, the commanding Amber Wagner and the impassioned Michael Fabiano — the distinguished previous winners who performed while the judges deliberated. Mr. Cohen is ready.
The New York Times, Zachary Woolfe

Countertenor Aryeh Nussbaum Cohen brought his broad melodic line from the first. Fast, dynamic, energetic arpeggios and gorgeous trills characterized his solos, recitative and songs. This was especially notable in his vibrant embroidery of the phrase “Refiner’s Fire.” At moments, his tone swelled with a fine, hooded quality, that added breadth to the line. As with all strong and simple texts, Cohen used eloquent embellishments that tripled and quadrupled meaning. It was as if it echoed far beyond its basic tonality.
Opera Wire, Lois Silverstein

Last heard last season in Ars Lyrica Houston’s stunning Agrippina, another Handel masterwork, countertenor Aryeh Nussbaum Cohen is a vocal wonder. Caramel and crystalline, his voice could melt the hardest hearts, as his David does. Supple and extremely flexible, his ethereal high tenor superbly matches the young wonder-struck warrior, the beauty of friendship with Jonathan, the stirring love for Michal, the conflicting duty to Saul.
Houston Press, D.L. Groover

The evening’s most revelatory performance came from the young countertenor Aryeh Nussbaum Cohen as Medoro. Winner of the Metropolitan Opera National Council Auditions in 2017 and currently a second-year San Francisco Opera Adler Fellow, he displayed not only a mellifluous voice but also a remarkable musicality. He emphasized Medoro’s earnestness in such arias as “Vorrei poterti amar” or the sublime “Verdi allori”. Nussbaum Cohen seems already prepared for a great career that should include the title role of this very opera.
Bachtrack, Edward Sava-Segal 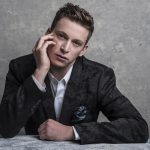 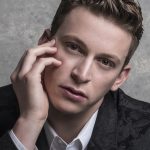 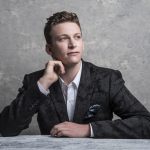 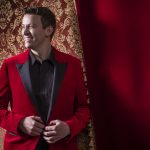 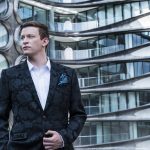 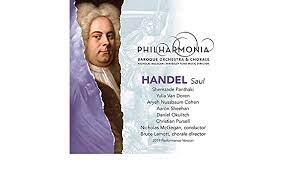 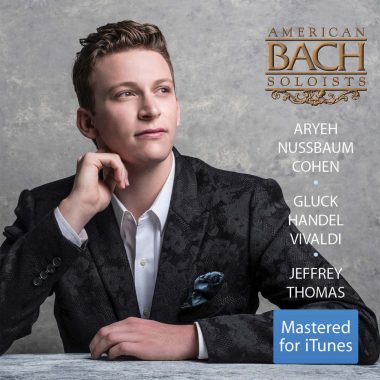 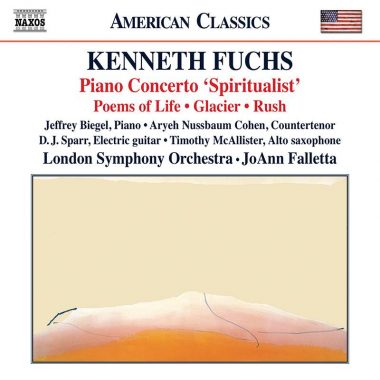 Acclaimed as a “young star” and “complete artist” by The New York Times and “extravagantly gifted… poised to redefine what’s possible for singers of this distinctive voice type” by the San Francisco Chronicle, 26-year-old American countertenor Aryeh Nussbaum Cohen is one of the classical vocal world’s most promising rising stars.   Winner of a 2019 William Matheus Sullivan Musical Foundation Award and both First Prize Winner and Audience Choice Award recipient at the 2018 Dallas Opera Guild Vocal Competition, in his breakout 2016-2017 season, Aryeh Nussbaum Cohen was awarded the Grand Prize of the Metropolitan Opera National Council Auditions and was the recipient of a Sara Tucker Study Grant from the Richard Tucker Music Foundation.  He was Third Prize winner of Plácido Domingo’s Operalia in 2019, First Prize winner of the Houston Grand Opera Eleanor McCollum Competition, and winner of the Irvin Scherzer Award from the George London Foundation. His first commercial recording project – the world premiere recording of Kenneth Fuchs’ Poems of Life with the London Symphony Orchestra, conducted by JoAnn Falletta – was honored with a 2019 GRAMMY® Award in the Best Classical Compendium category, which recognizes albums with multiple soloists and multiple works.

Aryeh Nussbaum Cohen makes role debuts this season as Oberon in A Midsummer Night’s Dream at the Adelaide Festival in the acclaimed Neil Armfield production conducted by Mark Wigglesworth and as Edgar in Aribert Reimann’s Lear at the Staatsoper Hannover conducted by Christoph Gedschold in a new production by Joe Hill-Gibbins.  In the 2020-21 season he was engaged for performances of Rinaldo at the Glimmerglass Festival and for concerts with Ars Lyrica Houston, Kansas City Symphony, at Carnegie Hall with the Oratorio Society of New York, and with Washington Bach Consort.

Highlights of the past season included the role of David in Barrie Kosky’s heralded production of Handel’s Saul at Houston Grand Opera, Bernstein’s  Chichester Psalms with the Buffalo Philharmonic, and Handel’s Messiah with the San Francisco Symphony and Saint Paul Chamber Orchestra.  In the 2019-20 season, he was engaged for performances with Ars Lyrica Houston, Chapelle Royale de Versailles, and Portland Opera.

He joined San Francisco Opera’s prestigious Adler Fellowship program in autumn 2018 and made a main stage debut with the Company as Medoro in Orlando in summer 2019 under the baton of Christopher Moulds.  Performances of the season also included Handel’s Saul with Nicholas McGegan and the Philharmonia Baroque Orchestra (professionally recorded and available on numerous leading streaming platforms), Ottone in Handel’s Agrippina in staged performances with Ars Lyrica Houston conducted by Matthew Dirst, Bach’s Christmas Oratorio with Matthew Dirst and the Portland Baroque Orchestra, and the world premiere of a ballet by Yuri Possokhov with the San Francisco Ballet.  He covered the role of Polinesso in Handel’s Ariodante at the Lyric Opera of Chicago conducted by Harry Bicket, and recorded a program of Gluck, Handel, and Vivaldi for his first solo album with Jeffrey Thomas and the American Bach Soloists.

The New York City native became the first countertenor in the history of the Houston Grand Opera Studio where he was a member during the 2017-18 season.  His performances for the company included the roles of Nireno in Handel’s Giulio Cesare and Second Maid in Strauss’ Elektra, both under the baton of Music Director Patrick Summers.  He made his Cincinnati Opera debut in a new production by Zack Winokur of Monteverdi’s L’incoronazione di Poppea conducted by Gary Thor Wedow and appeared in concert programs of Bach and Handel with the American Bach Soloists and with Ars Lyrica Houston.

Aryeh Nussbaum Cohen made his European debut at the Theater an der Wien singing Timante in Gluck’s Demofoonte with Baroque ensemble Il Complesso Barocco, under the baton of Alan Curtis.  His opera roles also include Nerone and Ottone in Monteverdi’s L’incoronazione di Poppea, Raphael (The Angel) in Jonathan Dove’s Tobias and the Angel, The Son in Philip Glass’ The Juniper Tree, and Cefalo in Cavalli’s Gli Amori di Apollo e Dafne.

Aryeh Nussbaum Cohen earned a Bachelor’s degree in History from Princeton University (with a concentration in Intellectual and Cultural History) and was awarded academic certificates in Vocal Performance and Judaic Studies.  During his senior year, he became the first singer in a decade to win the Princeton University Concerto Competition and he was awarded the Isidore and Helen Sacks Memorial Prize for extraordinary achievement in the arts, granted each year by Princeton University to the student of greatest promise in the performance of classical music.