It is perhaps a bit glib to say that the new recording of Peter Grimes is a perfect storm, but after singing the title role for years, Stuart Skelton has it down to a fine art…one of his main strengths is the beauty of tone he commands, so he never rants. He can also hone things down to a soft yet still supported thread that doesn’t descend into crooning – he has a remarkable legato, so his ‘Now the Great Bear and Pleiades’ is voiced on one quiet thread. Neither does he overdo the mad scene. His Grimes is a simple man who is unable to cope and is increasingly bewildered, a moving portrayal.

The net joy of this new recording is that Skelton, now a Grimes of considerable experience and range, has found in his vocalisation of the role a well-judged mixture of obsessive professional (sometimes rough) fisherman and troubled, confused and persecuted outsider…But let it be said that Gardner, Skelton and Chandos go straight to share the very top of the list, an exciting, committed, necessary and brilliantly recorded version for our times.

Stuart Skelton and Adrianne Piezconka were as ardent a pair of Völsung twins as you’ll encounter. The Australian tenor has very much made the role of Siegmund his own, but his performance on opening night was nothing short of a revelation – in fact his singing out-surpassed his Siegmund at Covent Garden, which is saying something. Gloriously phrased, and fervently voiced, he provided a lesson in how to sing Wagner faithfully – his cries of ‘Wälse’ were overpowering, his ‘Winterstürme’ lyrically tender. These days you’d be unlikely to hear this role sung better.

Skelton, who sang the title role at English National Opera with Gardner conducting in 2009, is still the Grimes of choice. His look of bewilderment, the way he covers his face with his great fist – a touch of the fevered Otello about him – suggests the character’s own unknowingness. Who is he, what are his desires, what drives his dangerous strength?  Skelton drew us into his terrible isolation where others playing the role might repel us.

It’s Skelton’s noble, tireless singing of Tristan, perhaps the most convincing in London since Jon Vickers at Covent Garden, 34 years ago, that saves the evening. 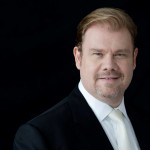 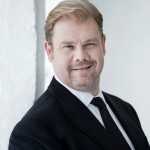 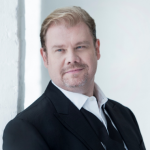 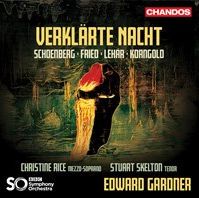 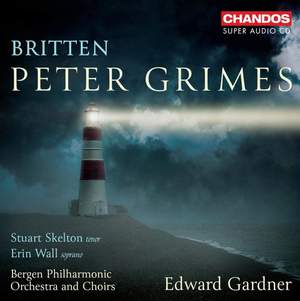 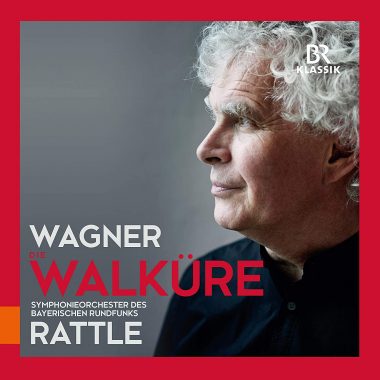 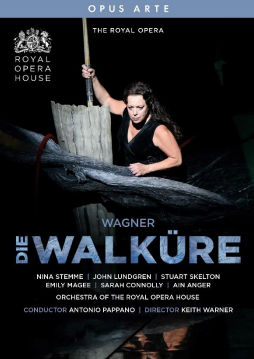 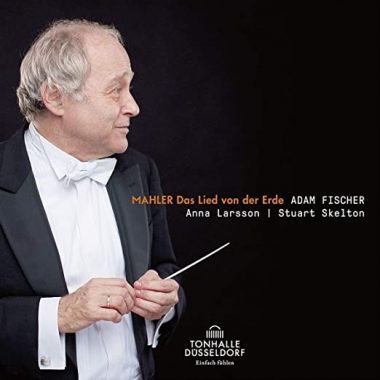 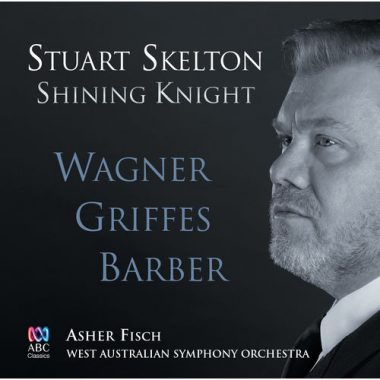 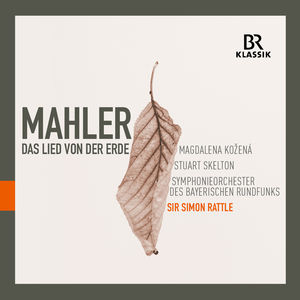 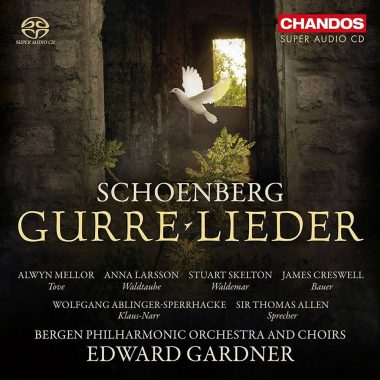 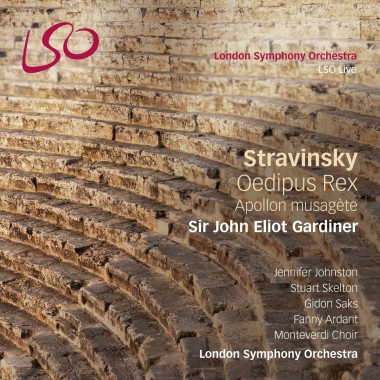 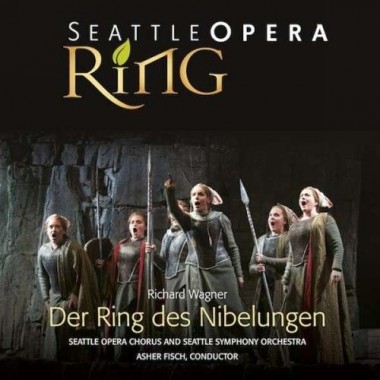 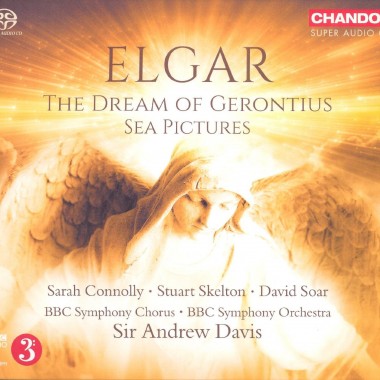 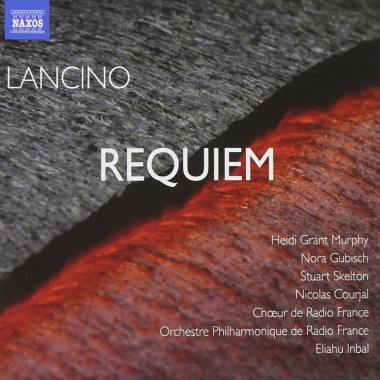 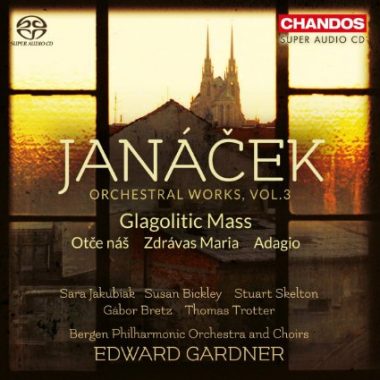 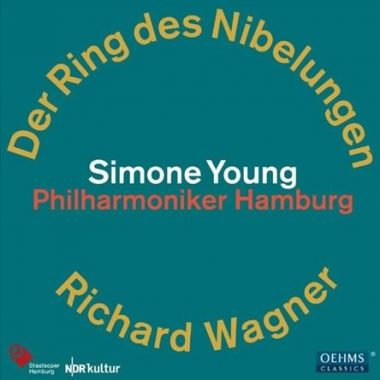 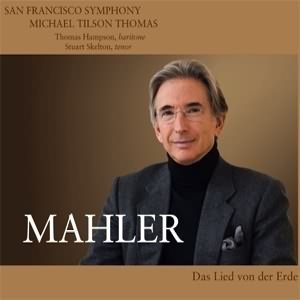 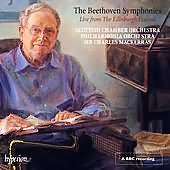 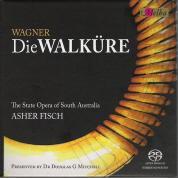 Stuart Skelton is one of the finest heldentenors on the stage today, critically acclaimed for his outstanding musicianship, tonal beauty, and intensely dramatic portrayals. His repertoire encompasses many of opera’s most challenging roles, from Wagner’s Parsifal, Tristan, Lohengrin, Erik, and Siegmund to Beethoven’s Florestan, and Saint-Saëns’ Samson to Britten’s Peter Grimes.

During the 2020-21 season he is scheduled to sing the title role of Tristan und Isolde at the Festival d’Aix en Provence under the baton of Sir Simon Rattle, Laca Klemen in a new production by Klaus Guth of Jenůfa at the Bayerische Staatsoper conducted by Sir Simon Rattle, and Florestan in Fidelio with Opéra de Oviedo.  Concerts anticipated for the season include performances with the Cleveland Orchestra, London Symphony Orchestra, Orchestra dell’Accademia Nazionale di Santa Cecilia, Orchestre de Lyon, and at the Verbier Festival.  He was engaged for Tristan und Isolde at the Metropolitan Opera and for concert performances with the Bergen Philharmonic and Music Director Edward Gardner at the Edinburgh International Festival and with the Helsinki Philharmonic Orchestra under Chief Conductor Susanna Mälkki.

The role of Siegmund brings Stuart Skelton to many of the world’s premiere stages and in the 2019-20 season he gave performances of Die Walküre with Royal Stockholm Philharmonic Orchestra under the baton of Karina Canellakis, the Netherlands Radio Philharmonic Orchestra led by Jaap van Zweden, the San Francisco Symphony conducted by Simone Young, at Budapest’s Palace of Arts (MÜPA) conducted by Ádám Fischer, and in a production by Robert Carsen at the Teatro Real conducted by Pablo Heras-Casado.  He was engaged by the Wiener Staatsoper to sing the title role of Parsifal led by Hartmut Haenchen, for fully-staged performances of Der fliegende Holländer with Michael Tilson-Thomas and the San Francisco Symphony, for concerts with the BBC Symphony Orchestra, Orchestre Philharmonique de Radio France, and for a tour of his native country with the Australian Chamber Orchestra.

Stuart Skelton made a much-anticipated debut at the Royal Opera House, Covent Garden as Siegmund under the baton of Sir Antonio Pappano and additional performances of Die Walküre were given at the Metropolitan Opera conducted by Philippe Jordan, in Budapest conducted by Ádám Fischer, with the London Philharmonic Orchestra led by Vladimir Jurowski, and with the Symphonieorchester des Bayerischen Rundfunks under the baton of Sir Simon Rattle.  He sang the title role of Otello at the Metropolitan Opera conducted by Gustavo Dudamel and at the Festspielhaus Baden-Baden in a new production by Robert Wilson with Zubin Mehta conducting the Berliner Philharmoniker.

Stuart Skelton opened the 2016-17 Metropolitan Opera season in the company’s new production of Tristan und Isolde conducted by Sir Simon Rattle; he first reached the zenith of the tenor repertoire – as Tristan – for the Festspielhaus Baden-Baden in a new production by Mariusz Treliński and later assayed English language performances in a new production designed by Sir Anish Kapoor at the English National Opera directed by Daniel Kramer and conducted by Edward Gardner.

Recent highlights also include a debut at Teatro alla Scala as Florestan in Beethoven’s Fidelio conducted by Myung-Whun Chung in a production directed by Deborah Warner, a debut with the Salzburg Easter Festival in Die Walküre conducted by Jaap van Zweden, Lohengrin at the Opéra national de Paris led by Philippe Jordan, Die Walküre at the Deutsche Oper Berlin under the baton of Donald Runnicles and at the Festspielhaus Baden-Baden with Valery Gergiev leading the Mariinsky Orchestra, Jenůfa with the Bayerische Staatsoper conducted by Tomáš Hanus, Parsifal at the Opernhaus Zürich conducted by Daniele Gatti, Samson et Dalila at the Ópera National de Bordeaux, and Wozzeck for a Metropolitan Opera debut conducted by James Levine.  Associated with Peter Grimes, he has sung the title role at English National Opera, Opera Australia, Opera de Oviedo, Tokyo’s New National Theatre, and in concert with the London Philharmonic under Vladimir Jurowski, with David Robertson and the Sydney Symphony, with the San Francisco Symphony and Michael Tilson Thomas, and with Edward Gardner and the Bergen Philharmonic at the BBC Proms and Edinburgh Festival.

He recently released his first solo album, Shining Knight, in a program of Wagner, Griffes, and Barber accompanied by Asher Fisch and the West Australian Symphony Orchestra, which seamlessly showcases both heroic vocalism and musical sensitivity.  An expansive discography also includes the Helpmann Award-winning Tristan und Isolde with Asher Fisch and the West Australian Symphony Orchestra, Britten’s Peter Grimes, Schoenberg’s Gurre-Lieder and a Grammy Award-nominated Janáček Glagolitic Mass with Edward Gardner and the Bergen Philharmonic Orchestra, a Grammy Award-winning recording of Elgar’s The Dream of Gerontius with Sir Andrew Davis and the BBC Symphony Orchestra, Stravinsky’s Oedipus Rex with Sir John Eliot Gardiner conducting the London Symphony Orchestra, Beethoven’s Ninth Symphony with Sir Charles Mackerras and the Scottish Chamber Orchestra, and Mahler’s Das Lied von der Erde with Michael Tilson Thomas and the San Francisco Symphony.  He contributes to three recordings of Wagner’s Ring Cycle: with the Philharmoniker Hamburg and Simone Young and with Seattle Opera and the State Opera of South Australia both under the baton of Asher Fisch.

Named Male Singer of the Year at the 2014 International Opera Awards, Mr. Skelton twice has been honored with the Sir Robert Helpmann Award, once for his performances of Siegmund in the State Opera of South Australia’s 2004 production of the Ring Cycle, and again in 2010 for Best Male Performer in a Lead Role for his portrayal of Peter Grimes for Opera Australia. He received a 2010 Green Room Award for A Streetcar Named Desire and was nominated for an Olivier Award for Outstanding Achievement in Opera for his performances of Peter Grimes with the English National Opera.