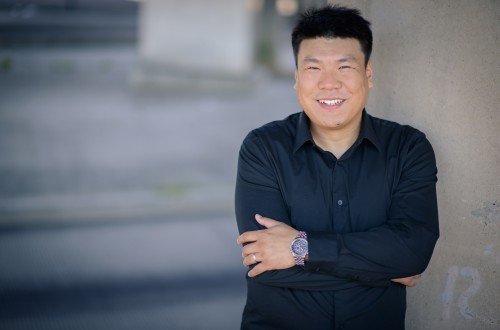 Peixin Chen’s Sarastro had the gravitas demanded by the character, combined with an elegant control of phrasing that made his presence a dominating one.’s warm vibrato sounded attractive and compelling in Sarastro’s music.
Palm Beach Daily News, Márcio Bezerra

Peixin Chen’s phenomenally invigorating bass instrument opens the show with an authoritative rendition of “All’erta! All’erta” and “Di due figli vivea padre beato.” He masterfully captures the attention of the audience and draws us into the intrigue and mystery of the production.
BroadwayWorld, David Clarke 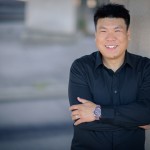 A graduate of the Houston Grand Opera Studio and a student of Dr. Stephen King, Peixin Chen is recognized for his majestically resonant bass voice and for a keen dramatic instinct that he brings to a wide range of roles on the international opera stage.  His repertoire spans from the comic parts of Donizetti, Mozart, and Rossini to the strong and serious roles of Puccini, Verdi, and Wagner.  Peixin Chen regularly works with an illustrious array of conductors and directors including Harry Bicket, Sebastian Lang-Lessing, Lorin Maazel, Zubin Mehta, Giancarlo del Monaco, Andrés Orozco-Estrada, David Paul, Michel Plasson, David Pountney, James Robinson, Esa-Pekka Salonen, Patrick Summers, Krzysztof Urbański, and Francesca Zambello.

In the 2020-21 season, Peixin Chen was engaged by Lyric Opera of Chicago to cover the title role of Verdi’s Attila and by the Metropolitan Opera to cover Ramfis in Aida.  Scheduled performances of the season include a role debut as Orest in Elektra conducted by Esa-Pekka Salonen in London and on an international tour with the Philharmonia as well as with the San Francisco Symphony and the role of Don Basilio in Il barbiere di Siviglia with San Diego Opera.

Last season he returned to Houston Grand Opera in Aida and appeared with Opera Naples in La bohème and in Madama Butterfly with Portland Opera.  He was engaged to make debuts at Cincinnati Opera, Dutch National Opera, New Orleans Opera, and to appear in concerts the Indianapolis Symphony and the Kansas City Symphony.

Highlights of recent seasons included a European debut at the Festival d’Aix en Provence in Aufstieg und Fall der Stadt Mahagonny conducted by Esa-Pekka Salonen in a new production by Ivo van Hove, a Metropolitan Opera debut as Sarastro in The Magic Flute conducted by Harry Bicket and later performances as Masetto in Don Giovanni led by Cornelius Meister, and a return to Opera Philadelphia as Colline in La bohème conducted by Corrado Rovaris.

Peixin Chen has sung Sparafucile in Rigoletto at Santa Fe Opera and the Lyric Opera of Kansas City, Sarastro in Die Zauberflöte with Opera Philadelphia, Dulcamara in L’elisir d’amore at Washington National Opera, and the Patriarch of Moscow in Dvořák’s Dmitrij at the Bard Music Festival in a new production directed by Anne Bogart.  With his home company of Houston Grand Opera, he has bowed as Don Bartolo in Il barbiere di Siviglia, Oroveso in Norma, Ferrando in Il trovatore, Sarastro in The Magic Flute, and as Hunding in Die Walküre.  As a member of the Merola Program under the auspices of San Francisco Opera, he appeared as Basilio in performances of Il barbiere di Siviglia.

Le nozze di Figaro has featured prominently in the bass’ career assaying the title role in a new production by David Paul for Opera Saratoga and bowing as Bartolo at the Houston Grand Opera conducted by Harry Bicket in the company’s acclaimed production by Michael Grandage, at Beijing’s National Center for the Performing Arts, and in fully-staged performances with the Milwaukee Symphony Orchestra led by Edo de Waart.

Peixin Chen’s concert schedule has included performances of the Verdi Requiem with the Houston Grand Opera Orchestra and Chorus conducted by Music Director Patrick Summers and Beethoven’s Ninth Symphony with Leonard Slatkin and the Detroit Symphony Orchestra as well as with Andrés Orozco-Estrada and the Houston Symphony.

I Vespri Siciliani, National Center for the Performing Arts