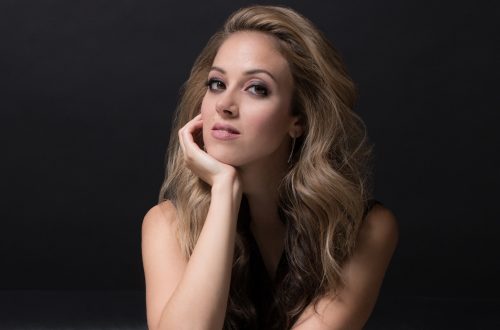 Soprano Lauren Snouffer sang with elegance and fine range, her diction immaculate, her pitch accurate. Never did she waver, her energetic performance resounding with confident luster and grace. Overall, her notes shone like a strand of pearls.
Opera Wire, Lois Silverstein

Snouffer, as starlet-Barbie-doll Romilda, has everything you could want in a Handel diva.
Financial Times, Shirley Apthorp

Snouffer has the voice and the attitude to grow into a memorable Lulu. She played the temptress with delicious abandon, feline grace and a light, clear soprano that rose easily to coloratura.
Opera News, Roberto Herrscher

Hallenberg at this stage is hardly a revelation, but the young American Lauren Snouffer’s Teofane is.  The timbre is lovely, pure and flexible, yet possessing the kind of sensitive vulnerability that automatically inspires protective sentiments.  ‘Affanni del pensier’ (Act I), an aria wracked with chromatic pain, is drawn with a wonderful sense of line that finds her at her most affecting, but Snouffer is quite outstanding throughout.
OPERA, Brian Robins 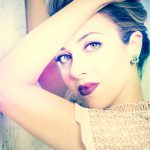 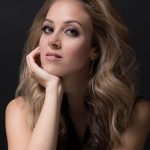 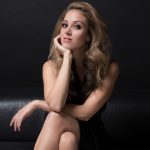 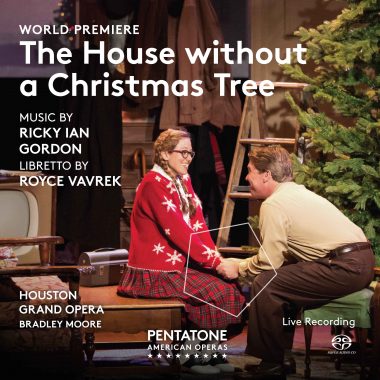 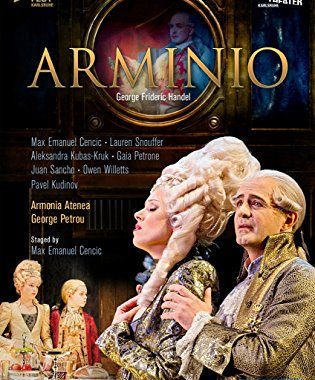 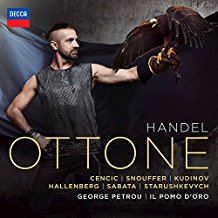 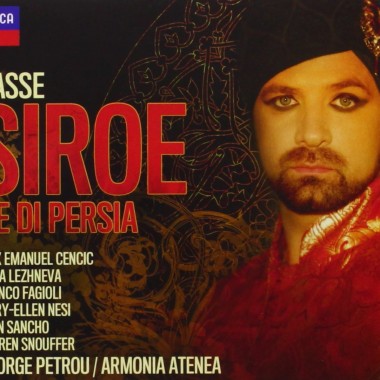 Recognized for her unique artistic curiosity in world-class performances spanning the music of Claudio Monteverdi and Johann Adolph Hasse through to Missy Mazzoli and George Benjamin, American Lauren Snouffer is celebrated as one of the most versatile and respected sopranos on the international stage.

During the current season, Lauren Snouffer makes her debut at the Opernhaus Zürich in a new production by David Marton of Pergolesi’s L’Olimpiade conducted by Ottavio Dantone as well as role debuts as Ilia in Idomeneo at the Opernhaus Zürich conducted by Giovanni Antonini and Cleopatra in Giulio Cesare with the Moscow Chamber Orchestra at the Tchaikovsky Concert Hall.  Her calendar also includes Handel’s Amadigi di Gaula with Trinity Wall Street, Gluck’s Orfeo with Tulsa Opera, and Missy Mazzoli’s Breaking the Waves at Houston Grand Opera directed by Tom Morris under the baton of Nicole Paiement.  She was engaged for performances with Austin Opera, Cleveland Orchestra, Iceland Symphony Orchestra, Indianapolis Symphony Orchestra, Moscow Chamber Orchestra, Mostly Mozart Festival Orchestra, Orchestra of St. Luke’s, Toronto Symphony Orchestra, and with the San Francisco Symphony for Michael Tilson Thomas’ final concerts as Music Director.

Operatic performances on leading international stages have fortified the soprano’s place as one of the eminent interpreters of contemporary music; she sang the title role of Berg’s Lulu in a new production at the Teatro Municipal de Santiago conducted by Pedro-Pablo Prudencio and directed by Mariame Clément, and returned to Houston Grand Opera for the world premieres of The Phoenix by composer Tarik O’Regan and librettist John Caird and The House Without a Christmas Tree by Ricky Ian Gordon and Royce Vavrek.  Other appearances included Handel’s Serse for the Internationale Händel-Festspiele Karlsruhe directed by Max Emanuel Cencic and conducted by Georg Petrou and the role of Magnolia Hawks in Francesca Zambello’s production of Show Boat for The Glimmerglass Festival.

Lauren Snouffer’s concert schedule has yielded collaborations with many of the world’s most distinguished conductors and orchestras including numerous performances with Franz Welser-Möst and The Cleveland Orchestra, Cristian Măcelaru and the Rotterdam Philharmonic, Krzysztof Urbański and the Indianapolis Symphony Orchestra, Edo de Waart and the New Zealand Symphony Orchestra, Bernard Labadie and Orchestra of St. Luke’s, Markus Stenz and the Baltimore Symphony Orchestra, with Patrick Dupré Quigley and the San Francisco Symphony, Harry Christophers of the Handel & Haydn Society of Boston, and with Marin Alsop and the Orquestra Sinfônica do Estado de São Paulo.

Past seasons include Houston Grand Opera performances of Le nozze di Figaro conducted by Harry Bicket in a production by Michael Grandage as well as presentations of Carousel, Show Boat, The Rape of Lucretia, and L’italiana in Algeri; Lyric Opera of Chicago performances of Rusalka, La clemenza di Tito, and a new production of Orphée et Eurydice directed and choreographed by John Neumeier under the baton of Harry Bicket; a Seattle Opera debut as La Comtesse Adèle in Rossini’s Le comte Ory conducted by Giacomo Sagripanti; Die Zauberflöte at Seattle Opera and Lyric Opera of Kansas City; a new Christopher Alden production of Handel’s Aci, Galatea, e Polifemo with Philharmonia Baroque Orchestra under the baton of Nicholas McGegan, and Max Emanuel Cencic’s new production of Hasse’s Siroe at the Opéra Royal de Versailles, with additional performances in Budapest and Vienna.

Closely associated with George Benjamin’s Written on Skin, Lauren Snouffer has sung under the composer’s baton at the Tanglewood Festival of Contemporary Music and with the Théâtre du Capitole de Toulouse and Opera Philadelphia.  She has performed Ligeti’s Mysteries of the Macabre with the Aspen Contemporary Ensemble, presented the world premiere of Andrew Norman’s A Trip to the Moon with the Los Angeles Philharmonic, and joined Alan Gilbert and the New York Philharmonic in the title role of HK Gruber’s Gloria – A Pig Tale in a production staged by Doug Fitch.

An alumna of the Houston Grand Opera Studio, Lauren Snouffer was graduated from Rice University and The Juilliard School.

The House Without A Christmas Tree, Houston Grand Opera