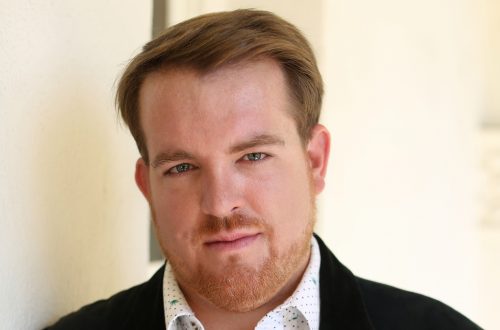 Clay Hilley contributed a fine characterization as the passive-aggressive prison priest Father Grenville. The young singer possesses a daunting Heldentenor, and his huge voice soared over the massed ensemble in the prayer that closes Act II.

As he had two years ago as Dvorak’s Dimitrij, indefatigable American heldentenor Clay Hilley poured out floods of secure, golden, seemingly effortless tone throughout. One never ever had to nervously hold one’s breath as each soaring forte climax approached.

I can imagine Paul will suit Kaufmann’s brooding persona quite well but I’ll be surprised if he surpasses Hilley’s phenomenal singing on Sunday after which the American was cheered to the Gehry-rafters with a real hero’s ovation.

Paul’s tessitura lies astonishingly high, but it proved child’s play for American tenor Clay Hilley, who dispatched the long and punishing part with practiced ease. Moreover, he conquered the role without sacrificing tonal beauty or musical intelligence, and he offered a skillfully acted portrait of a man in the grip of his ghosts.

Clay Hilley, as Menelas, was a powerhouse, a heldentenor of apparently indefatigable torque and point; some of his clarion notes may still be bouncing around Jordan Hall’s rafters.

The role [Dvořák’s Dimitrij] is a daunting challenge for a heroic tenor. Clay Hilley brought vocal heft, clarion sound and stamina to the role.

…Hilley has something that very few singers have nowadays and that is he can act with his voice and can captivate audiences once he begins.  For opera houses saying there are no dramatic tenors, look no further as Clay Hilley is a tenor on the rise who needs attention. 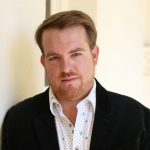 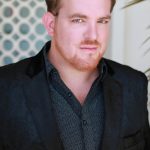 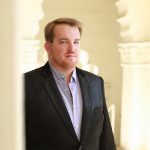 American heldentenor, Clay Hilley, is poised for a prominent international career in the most demanding roles of the operatic repertory.  From Bacchus to Siegfried and Canio to Samson, The New York Times has acclaimed the Georgia native for his “vocal heft, clarion sound and stamina.”

Honing his repertoire and stage experience at first by covering in the leading international opera houses of North America, engagements have included Parsifal with Yannick Nézet-Séguin at the Metropolitan Opera, Der Ring des Nibelungen with Donald Runnicles and Turandot conducted by Nicola Luisotti at San Francisco Opera, Siegfried at the Canadian Opera Company led by Johannes Debus, and Samson et Dalila under the baton of Emmanuel Villaume at The Dallas Opera.

Clay Hilley joined Lyric Opera of Chicago in 2019-20 for performances of Dead Man Walking and to cover Siegfried in Der Ring des Nibelungen.  Other engagements included the Drum Major in the Metropolitan Opera’s new production by William Kentridge of Wozzeck, and a semi-staged presentation of Die Tote Stadt at Bard SummerFest.

In recent seasons, Clay Hilley has performed the title role of Dvořák’s Dimitrij in a new production by Anne Bogart for the Bard Music Festival conducted by Leon Botstein, the title role of Mozart’s Idomeneo both in a new production by Arila Siegert at the Salzburger Landestheater under the baton of Mirga Gražinytė-Tyla and at the Theater Würzburg in a production by Stefan Suschke conducted by Enrico Calesso, Radamès in Aida with Opera Southwest and Baltimore Concert Opera, Canio in Pagliacci with Virginia Opera, and Erik in Der fliegende Holländer with Austin Lyric Opera.

The Wagner Society of New York presented Clay Hilley in recital, singing a program of Mahler, Janáček, Mozart, Dvořák, and Wagner following the Society’s recognition of the tenor with its Top Prize, the Robert Lauch Award, in 2015.  He received his Bachelor of Music degree in Music Education at the University of Georgia, a Master of Music degree in Vocal Performance from Georgia State University, a Professional Studies Certificate from the Manhattan School of Music, and a Performer’s Certificate from the Opera Institute at Boston University.