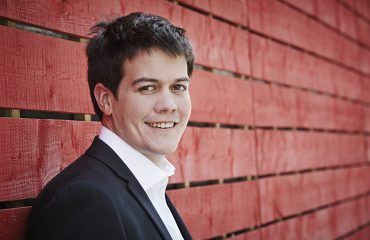 It is with great excitement and pride that Étude Arts announces the representation of South African pianist James Baillieu for The Americas.

Described by The Daily Telegraph as ‘in a class of his own,’ James Baillieu is one of the leading song and chamber music pianists of his generation.  He collaborates with a wide range of singers and instrumentalists and is a frequent guest at many of the world’s most distinguished music centers including Carnegie Hall, Wigmore Hall, Concertgebouw Amsterdam, Vancouver Playhouse, Berlin Konzerthaus, Vienna Musikverein, and the Barbican Centre amongst many others.

Highly sought after for masterclasses worldwide, recent sessions of learning have brought him to the Aldeburgh Festival, Cleveland Institute of Music, and to the Metropolitan Opera Lindemann Young Artist Development Program.  James Baillieu is a Professor at the Royal Academy of Music, International Tutor in Piano Accompaniment at the Royal Northern College of Music, a coach for the Jette Parker Young Artist Program at the Royal Opera House, Covent Garden, and head of the Song Program at the Atelier Lyrique of the Verbier Festival Academy.