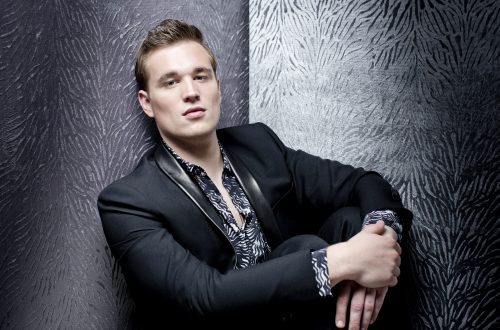 The star of the show [was] Sean Michael Plumb, whose warm, velvety baritone and onstage ease as the birdcacther Papageno promised wonderful things to come.
The Philadelphia Inquirer, David Patrick Stearns

Of these winners, the one to watch is Sean Michael Plumb, twenty-three, who turned loose his full, exciting lyric baritone in a joyous performance of Robert’s aria from Iolanta.
Opera News, Brian Kellow 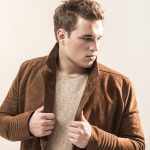 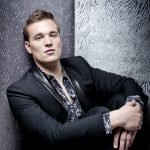 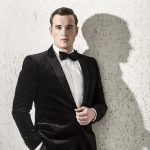 Hailed for his “full, exciting lyric baritone” (Opera News) and “elegant lyricism and responsive musicality” (The New York Times), 27-year-old Sean Michael Plumb returns to the Ensemble of the Bayerische Staatsoper in the 2019-20 season to sing Figaro in Il barbiere di Siviglia, Papageno in Die Zauberflöte, Schaunard in La bohème, Apollon in Alceste, Jake Wallace in La fanciulla del West, and Harlekin in Ariadne auf Naxos on a company tour to Asia.  He also makes a debut at The Dallas Opera as Papageno in Die Zauberflöte conducted by Music Director Emmanuel Villaume.

Performance highlights during his tenure in the Munich ensemble include Guglielmo in Così fan tutte,Papageno in Die Zauberflöte, Dandini in La cenerentola, Schaunard in La bohème, Prosdocimo in Il turco in Italia, and Marco in Gianni Schicchi working with Antonello Allemandi, Ivor Bolton, Lotte de Beer, General Music Director Kirill Petrenko, and Constantin Trinks among many others.

In North America, Sean Michael Plumb joined the Cleveland Orchestra as Melot in fully staged performances of Tristan und Isolde led by Franz Welser-Möst, gave the world premiere of The Call by German composer, Arnulf Hermann, with the Los Angeles Philharmonic, and bowed in Die Zauberflöte with the Indianapolis Symphony Orchestra conducted by Krzysztof Urbański.

Passionate about Art Song, Sean Michael Plumb has been presented in numerous Germen venues and most recently, offered programs of R.Strauss, Ives, Barber, and Bernstein under the auspices of the Bayerische Staatsoper, the Schubertiade in Schwarzenberg, and the Heidelberger Frühling Festival.

The California native made his Bayerische Staatsoper debut in the 2015-16 season in the world premiere of South Pole, by composer Miroslav Srnka and librettist Tom Holloway, conducted by Kirill Petrenko and directed by Hans Neuenfels, and his devotion to contemporary music has yielded marvellous results in the world premiere workshop of Jennifer Higdon and Gene Scheer’s Cold Mountain with Opera Philadelphia and Santa Fe Opera, with Missy Mazzoli and Royce Vavrek on Breaking the Waves, in workshop performances in New York and San Francisco, and in Tobias Picker’s An American Tragedy at The Glimmerglass Festival.

Mr. Plumb has performed across the United States in such prestigious venues as the Kennedy Center, Dorothy Chandler Pavilion, the Kimmel Center, Baryshnikov Arts Center, Gusman Theater, and the Broad Stage, as well as with orchestras including the Florida Orchestra, Maryland Symphony Orchestra, the Los Angeles Opera Orchestra, and the Curtis Symphony.  He was a member of the Salzburg Festival’s Young Singers Project in 2016 and has been a young artist at The Glimmerglass Festival, the Festival d’Aix-en-Provence, and the Aspen Music Festival.

Sean Michael Plumb made his national television debut in the HBO documentary “Renée Fleming: A YoungArts MasterClass” and performed as the youngest soloist at the Grammy Week Salute to Plácido Domingo in 2010.  He was honored by President Obama as a United States Presidential Scholar in the Arts at a ceremony at The White House and has garnered a multitude of awards for his singing includingthe Grand Prize of the 2016 Metropolitan Opera National Council Auditions, Top Prize at the 2016 Gerda Lissner Foundation International Vocal Competition, a 2016 Shoshana Foundation Grant, the 2015 Sullivan Foundation Award from The Sullivan Foundation, Top Prize at the 2015 Opera Index Competition, a 2015 Sara Tucker Grant from The Richard Tucker Foundation, First Prize at the 2015 Gerda Lissner Liederkranz Competition, and the 2015 Theodor Uppman Prize from the George London Foundation.   Sean Michael Plumb was graduated from the Curtis Institute of Music where he studied under renowned instructors Mikael Eliasen and William Stone.