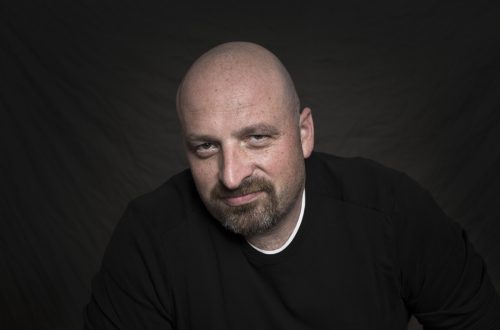 I’ve never found the stock buffo characters in Italian operas to be interesting, but Hungarian bass-baritone Peter Kálmán has made me re-evaluate those prejudices. His Don Magnifico was genuinely hilarious, managing to blow the dust off two centuries of buffo comic traditions with this fresh, funny take on this obnoxious drunkard. With a big, bright voice and crisp diction, Kálmán deftly elevated his dream aria and the wine-tasting scene to high points.
Opera Wire, John Carroll

The uproariously funny father, Don Magnifico, is portrayed with all of his character faults by bass-baritone Peter Kálmán, a rousing good singer with great comic instincts.
Seattle Times, Melinda Bargreen

The singer in the role of Alberich in particular gives vocal shine to this performance with his enormous expression. Peter Kálmán justly earns thunderous acclamations at the end; his acting alone is tremendously gripping, and in his singing he displays many nuances of this character that is one of the most colourful in the Ring. From Alberich’s foolish infatuation with the Rhinemaidens in the beginning to his arrogant pride in the Nibelheim scene and the bitter hatred as he utters his curse, which greatly influences the development of the tetralogy, Kálmán is capable to show it all.
Bachtrack, Christoph Wurzel 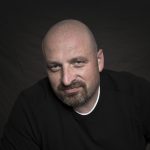 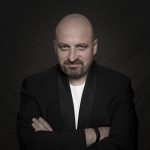 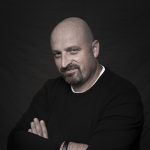 A broad range of repertoire on leading international stages distinguishes Peter Kálmán as one of the most dynamic bass-baritones before the public today.  Highly regarded for his engaging character portrayals in the Italian “Buffo” tradition, he is no less accomplished in the dramatic roles of Bartók, Strauss, and Wagner.  Collaborations have yielded performances with many of the world’s most prestigious conductors including Christoph von Dohnányi, Ádám Fischer, Valery Gergiev, Nello Santi, Stefan Soltész, Franz Welser-Möst, and Jaap van Zweden.

During the 2019-20 season, the native of Budapest, Hungary makes his American stage debut as Don Magnifico in Seattle Opera’s presentation of La cenerentola and sings the title role of Don Pasquale at the Salzburg Festival in a new production by Moshe Leiser and Patrice Caurier conducted by Gianluca Capuano.  Other performances include the role of Mustafà in L’italiana in Algeri at the Théâtre des Champs-Élysées under the baton of Jean-Christophe Spinosi and Alberich in Der Ring des Nibelungen conducted by Ádám Fischer at Budapest’s Palace of Arts (MÜPA).

Peter Kálmán bowed last season in a new production by Laurent Pelly of Donizetti’s Le convenienze ed inconvenienze teatrali at the Grand Théâtre du Genève, and in a production of Ariodante at the Opéra Monte-Carlo – with his frequent collaborator Cecilia Bartoli in the title role – directed by Christoph Loy and led by Gianluca Capuano.

Highlights of the recent past include performances at the Salzburg Whitsun Festivalas Mustafà in a new production of L’Italiana in Algeri directed by Moshe Leiser and Patrice Caurier under the baton of Jean-Christophe Spinosi, La cenerentola at the Théâtre des Champs-Élysées conducted by Enrique Mazzola, Leporello in Don Giovanni staged by Sir Thomas Allen for Scottish Opera, and his celebrated Doctor Bartolo was brought to life in a new production of Il barbiere di Siviglia directed by Laurent Pelly and led by Jérémie Rhorer, premiering first at the Théâtre des Champs-Élysées and later touring to the Opéra de Marseilles and Les Théâtres de la Ville de Luxembourg.

At the Hungarian State Opera, where Peter Kálmán is a regular guest, he has performed Don Alfonso in Così fan tutte, Nick Shadow in The Rake’s Progress, Dulcamara in L’elisir d’amore, Herr von Faninal in Der Rosenkavalier, Sixtus Beckmesser in Die Meistersinger von Nürnberg, and the title roles of Don Pasquale and Gianni Schicchi.

Additional credits that further illustrate Peter Kálmán’s artistic versatility include Götterdämmerung with Jaap van Zweden and the Hong Kong Philharmonic, Schubert’s Fierrabras under the baton of Ingo Metzmacher at the Salzburg Festspiele, Norma in a cast anchored by Cecilia Bartoli with performances in Paris, Baden-Baden, and Monte-Carlo, Rossini’s Otello at the Opernhaus Zürich, La cenerentola at Bergen Nasjonale Opera, and Le Comte Ory at the Theater an der Wien, Handel’s Semele at the Salzburg Whitsun Festival, and staged presentations of Le nozze di Figaro under the batons of Paul McCreesh at Vlaamse Opera, at Theater an der Wien with Marc Minkowski, and in concert under the direction of the late Nikolaus Harnoncourt in Vienna.