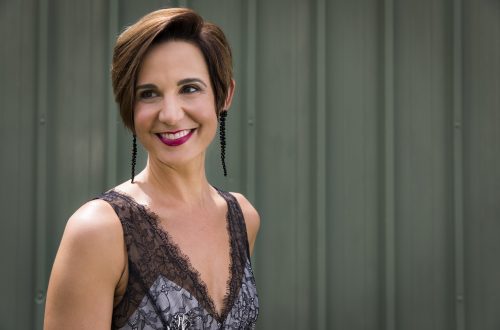 Mezzo-soprano Kelley O’Connor was wan and sensitive in “Der Einsame im Herbst,” and her closing “Der Abschied” was simply breathtaking, and mesmerising in its intensity. It showcased not only O’Connor’s remarkable richness and darkness of tone, but also her sheer range and suppleness of expression.
The Scotsman, David Kettle

Kelley O’Connor’s Lucretia was the emotional center of the opera. Her poised mezzo shone, especially when singing of her longing for her husband, and in the convincing power of her lower register in her stern rebuff of Tarquinius’s advances. The quiet dignity with which she greeted Collatinus after her rape was devastating.
Opera News, Angelo Mao

Kelley O’Connor’s brief appearance as Erda was something of a miracle. A natural stage presence, she walked on stage and all eyes were on her as she warned Wotan of the ring’s danger. O’Connor’s instrument is immense and imposing and she sang with a dark tone. O’Connor lengthened the line holding each note and emphasizing the text. It almost felt like there was no need to read the subtitles because her timbre expressed the foreboding destruction.
Operawire, Francisco Salazar

The matched set of concluding movements was inaugurated by a breathtakingly fine account of “Urlicht” by mezzo-soprano Kelley O’Connor, singing with ravishingly velvet vocal tone and an astonishing ability to sustain the song’s long, ardent phrases. Not since the late Lorraine Hunt Lieberson’s recorded performance with the orchestra in 2002 has this music been rendered with such physical presence or shimmery grace.
San Francisco Chronicle, Joshua Kosman 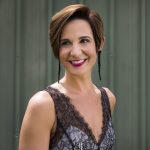 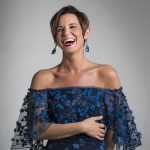 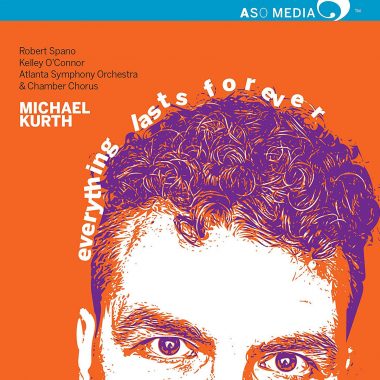 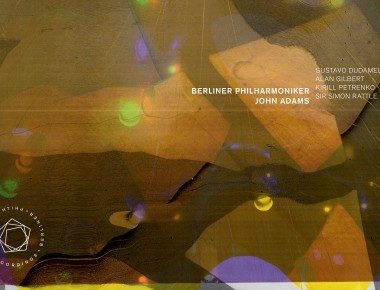 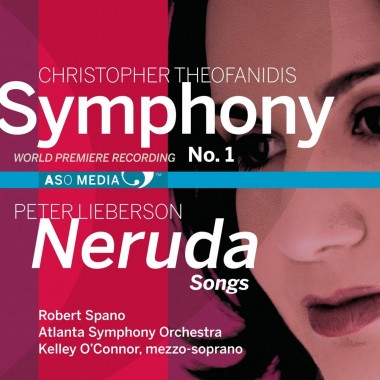 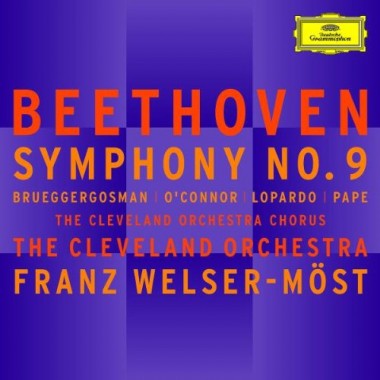 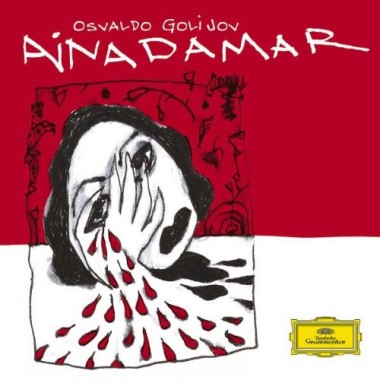 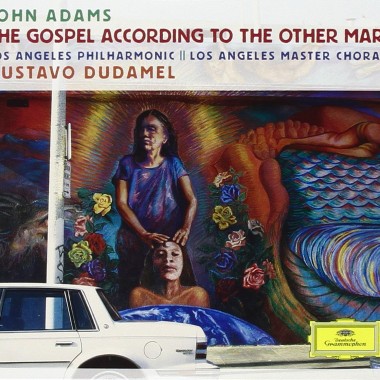 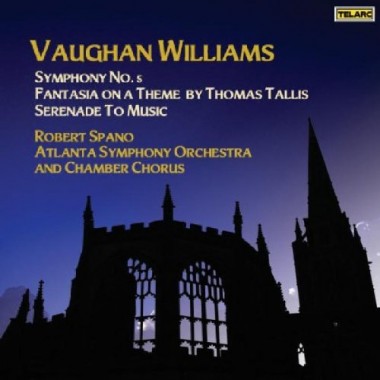 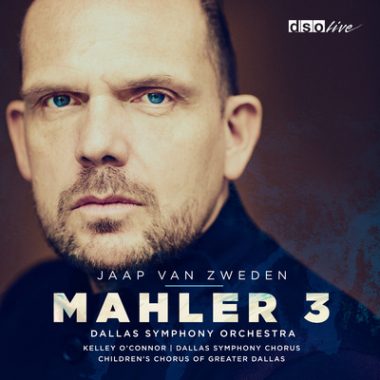 Possessing a voice of uncommon allure, the Grammy® Award-winning mezzo-soprano Kelley O’Connor is one of the most compelling performers of her generation.  She is internationally acclaimed equally in the pillars of the classical music canon – from Beethoven and Mahler to Brahms and Ravel –as she is in new works of modern masters – from Adams and Dessner to Lieberson and Talbot.

In the 2020-21 season Kelley O’Connor was engaged to perform with the Atlanta Symphony Orchestra, California Symphony, Houston Symphony, Los Angeles Chamber Orchestra, Memphis Symphony, Minnesota Orchestra, and Philharmonia Baroque Orchestra among many others.

Highlights of last season featured Mozart’s Requiem with Iván Fischer and the Budapest Festival Orchestra, Lieberson’s Neruda Songs with the Philadelphia Orchestra under the baton of Stéphane Denève, a program of Berio and Crumb with the New York Philharmonic, and Korngold’s Abschiedslieder with Donald Runnicles and the Atlanta Symphony Orchestra.  She was engaged for performances with the symphonies of Atlanta, Cincinnati, Dallas, Houston, Indianapolis, Kansas City, Saint Louis, San Diego, as well as with the Philadelphia Orchestra, NDR Elbphilharmonie Orchester, and with the San Francisco Symphony for Michael Tilson Thomas’ final concerts as Music Director.

John Adams wrote the title role of The Gospel According to the Other Mary for Kelley O’Connor and she has performed the work, both in concert and in the Peter Sellars fully staged production, under the batons of John Adams, Gustavo Dudamel, Grant Gershon, Gianandrea Noseda, Sir Simon Rattle, and David Robertson.  She has sung the composer’s El Niño with Vladimir Jurowski and the London Philharmonic Orchestra and continues to be the eminent living interpreter of Peter Lieberson’s Neruda Songs having given this moving set of songs with Christoph Eschenbach and the National Symphony Orchestra, with Bernard Haitink and the Chicago Symphony Orchestra, with Robert Spano and the Minnesota Orchestra, and with David Zinman and the Berliner Philharmoniker and the Tonhalle-Orchester Zürich among many others.

Sought after by many of the most heralded composers of the modern day, Kelley O’Connor has given the world premieres of Joby Talbot’s A Sheen of Dew on Flowers with the Britten Sinfonia at the Victoria & Albert Museum to celebrate the opening of the institution’s new jewellery wing, and Bryce Dessner’s Voy a Dormirwith Robert Spano leading the Orchestra of St. Luke’s at Carnegie Hall with further performances accompanied by the Los Angeles Chamber Orchestra led by Jaime Martín.

Operatic highlights include the title role of Britten’s The Rape of Lucretia presented by Boston Lyric Opera in a new production by Broadway theater director Sarna Lapine conducted by David Angus, Carmen with Los Angeles Opera conducted by James Conlon, Donizetti’s Anna Bolena at the Lyric Opera of Chicago conducted by Patrick Summers and directed by Kevin Newbury, Madama Butterfly in a new production by Lillian Groag at the Boston Lyric Opera and at the Cincinnati Opera under the baton of Ramón Tebar, Berlioz’s Béatrice et Bénédict at Opera Boston, Falstaff with the Santa Fe Opera, and A Midsummer Night’s Dream at the Lyric Opera of Chicago and the Canadian Opera Company.

Her vivid recital career includes performances in Boston with Thomas Adès in a program of Brahms, Purcell, and Stravinsky, in Chicago offering works of Debussy, Massenet, and Chausson, in Cincinnati with pianist Louis Langrée in programs of Brahms and Ravel, and in Jackson Hole with the music of Brahms and Bernstein in a collaboration with Donald Runnicles.

Miss O’Connor has appeared numerous times with Gustavo Dudamel, including in performances of Bernstein’s “Jeremiah” Symphony on an international tour with the Los Angeles Philharmonic and of Mahler’s “Resurrection” Symphony with the Simón Bolívar Orchestra.  She enjoys a rich musical collaboration with Franz Welser-Möst and the Cleveland Orchestra with whom she has sung Beethoven’s Ninth Symphony and Mass in C, Bernstein’s “Jeremiah” Symphony, staged performances of Falstaff both in Cleveland and at the Lucerne Festival, and Stravinsky’s Requiem Canticles.

Kelley O’Connor has received unanimous international, critical acclaim for her numerous performances as Federico García Lorca in Osvaldo Golijov’s Ainadamar.  Miss O’Connor created the role for the world premiere at Tanglewood, under the baton of Robert Spano, and subsequently joined Miguel Harth-Bedoya for performances of Golijov’s piece with the Los Angeles Philharmonic at the Walt Disney Concert Hall.  She reprised her “musically seductive, palpably charismatic” (Washington Post) portrayal of Lorca in the world-premiere of the revised edition of Ainadamar at the Santa Fe Opera in a new staging by Peter Sellars, which was also presented at Lincoln Center and the Teatro Real.

For her debut with the Atlanta Symphony in Ainadamar, Kelley O’Connor joined Robert Spano for performances and a Grammy® Award-winning Deutsche Grammophon recording.  Her discography also includes Mahler’s Third Symphony with Jaap van Zweden and the Dallas Symphony Orchestra, Lieberson’s Neruda Songs and Michael Kurth’s Everything Lasts Forever with Robert Spano and the Atlanta Symphony, Adams’ The Gospel According to the Other Mary with Gustavo Dudamel and the Los Angeles Philharmonic, and Beethoven’s Ninth Symphony with Franz Welser-Möst and the Cleveland Orchestra.

A Sheen of Dew on Flowers, Britten Sinfonia