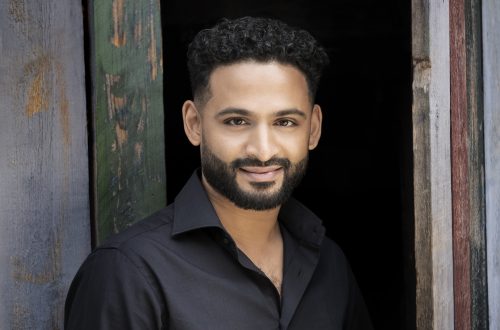 [The production is]……deftly and handsomely staged, winningly sung and accompanied virtuosically by the Philharmonia Orchestra conducted by the excellent Jordan de Souza.

………every detail is perfectly observed, a witty delight from start to finish, and still very touching. With playing of glinting clarity from the Philharmonia under impressive conductor Jordan de Souza, the performance is all of a piece.

The Philharmonia Orchestra – outstanding throughout – give the first UK performance of new reduced score by Eberhard Kloke, which allows greater audibility for the singers while retaining the many sumptuous moments in Strauss’ original. It’s conducted by the admirable Jordan de Souza with intelligent fluency and sensitivity, nowhere more so than in the closing transcendent duet between Octavian and Sophie, “Ist ein Traum”.

The final scenes wring the heart as they should, helped by the radiant and rhythmically supple playing of the orchestra, under the hand of young Canadian conductor Jordan de Souza. He is clearly one to watch.

Maestro Jordan de Souza leads a sprightly orchestra that sparkles in innocence then roars with vengeance. Everything is taut and finely honed, diaphanous, then thick. The singers blossom under him.

While the cast worked wonders collectively, the star may have been maestro Jordan de Souza. The Kapellmeister at KOB guided a Komische Oper orchestra that formed a luminous sound with Tchaikovsky’s score. One’s heart was pulled along with every melody under the baton of de Souza, who should be heard from in the future. 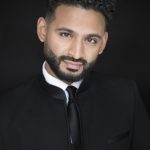 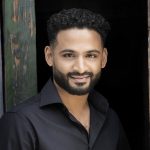 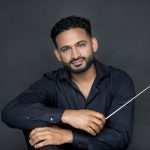 Debuts of the 2020-21 season include Die Zauberflöte at the Bayerische Staatsoper and a new production of Der Rosenkavalier with the Garsington Opera leading the Philharmonia Orchestra.  Symphonic concerts include programs with the Orchestre symphonique et lyrique de Nancy and the Orchestre Symphonique de Québec.

Recent highlights have included debuts with Houston Grand Opera in Rigoletto and the Staatsoper Hannover in La bohème.  In Hannover he also conducted a concert program including Zemlinsky Lyric Symphony and Debussy La Mer.  Other recent concerts have included a return invitation to the Orchestre Métropolitain in Montreal with a program of Schumann, Sibelius and Delius.

Born in Toronto, Jordan de Souza studied conducting at McGill University Montreal and made his conducting debut aged 20 leading Bach’s St. John Passion.  Upon graduating, he joined the McGill faculty from 2011 to 2015 and went on to conduct several important choral works including Bach’s St. Matthew Passion, Christmas Oratorio, Mass in b minor, and the Requiems of Verdi, Mozart, and Fauré.  During this time he was also Conductor in Residence of Tapestry Opera in Toronto, conducting the world premieres of three full-length operas.

He made his debut in 2015 for the Canadian Opera Company conducting their Claus Guth production of Le nozze di Figaro.  The following year he was invited to join the staff of the Komische Oper Berlin where he has conducted Don Giovanni, La traviata, Petrushka, L’enfant et les sortilèges, Eugene Onegin, and Il barbiere di Siviglia, while in their concert series, he has conducted Beethoven’s Violin Concerto, Fourth Symphony, and Fifth Piano Concerto, Tchaikovsky’s Violin Concerto and Romeo and Juliet Fantasy Overture, and Schreker’s Kammersymphonie. In 2017-18, he conducted 28 performances of Carmen with the Vienna Symphony Orchestra in a highly successful production at the Bregenzer Festspiele.