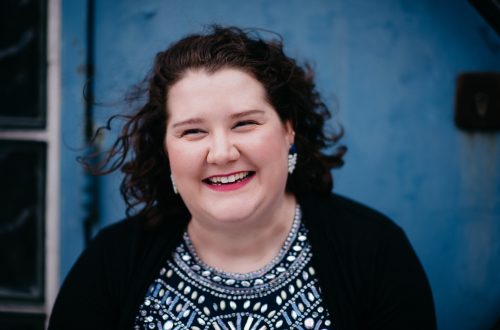 Soprano Felicia Moore’s reading of Lady Macbeth’s “Vieni, t’affretta” was riveting. She recited Macbeth’s letter in Shakespeare’s English; when she launched into the aria itself, her forceful attack registered as a call to action. Moore’s soprano exhibited both scale and focus; in its lower reaches, it suggested the dark forces propelling Verdi’s antiheroine. The trills fell exactly into place; the articulation of the polacca rhythms was both accurate and tremendously exciting.
Opera News, Fred Cohn

The overall impression at the opening on Saturday evening was of grandeur rather than clarity — particularly given the lustrous, commanding soprano Felicia Moore, who sings Susan B. Anthony, not wrongly, like the heiress to Wagner’s Isolde and Strauss’s Ariadne. Ms. Moore scales down her gleaming voice for the work’s many intimate passages, but this is still an enactment of Susan B. as mythical goddess.
The New York Times, Zachary Woolfe

Felicia Moore was spellbinding as Susan B., her enormous voice and expressive face carrying the evening, conveying a woman who, even as she creates it, is already thinking about how she will fit into to history. She knows she’s right; women must have the vote. She tirelessly debates men whom she knows will never vote her laws. She answers their every call to speak. But, as she says in her final scene, when she appears as a ghost, singing from her unveiled statue: “Do we want what we have got? Has it not gone? What made it live? Has it not gone because it is had?” Moore handled these shifts in mood, from self-doubt to staunchness, with honesty, warmth, and a hint of irony. She’s got a powerful voice…searing and wall-shaking at its heights. Her best moments were when she got to rein it in, showing her ability to sing with grace, clarity, and tenderness.
Parterre, Gabrielle Ferrari

Soprano Felicia Moore’s catalytic performance as Anthony was the driving force behind this grand collaboration. From the moment Moore entered The Met’s American Wing, wearing Anthony’s quintessential black dress uniform, one might have felt the weight of a life’s promise for a better world, which Moore brilliantly channeled throughout her entire performance. Moore’s understanding of Anthony’s life was supremely told and examined through the colors and tone of her voice. She sang not only with conviction as Anthony, but also with hope for modern day. Moore’s palate of emotional depth was limitless in its ability. One might say this was Moore’s initial performance of a lifetime and the potential foretelling of an opera magnate career ahead.
Opera Wire, Jennifer Pyron

Felicia Moore’s opulent, Wagner-scaled soprano could probably have dispensed with the amplification. She captured Susan B.’s determination as well as her exhaustion…
The Wall Street Journal, Heidi Waleson

Felicia Moore, a Marcus Institute for Vocal Arts alumna, is the terrific Susan, with a soprano and presence of Wagnerian authority.
The Financial Times, John Rockwell

Moore’s voice is bigger and more distinctly operatic in character, and it took her the space of a song or two to fully wrestle it to the more intimate scale of a song recital. But once she did, the results were transfixing, marked by tonal brilliance and emotional eloquence.
The San Francisco Chronicle, Joshua Kosman 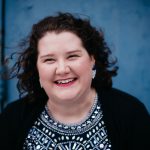 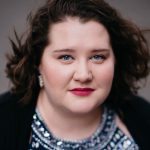 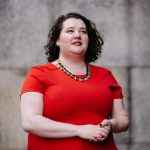 Noted by The Wall Street Journal for her “opulent, Wagner-scaled soprano” and acclaimed by The New York Times as the “lustrous, commanding soprano,” Felicia Moore is recognized by Opera News as “a genuine jugendliche dramatische soprano of exciting potential (and present accomplishment).”

She is a powerful and innovative artist having made music in partnership with Alan Gilbert, Anne Manson, Yannick Nézet-Séguin, Speranza Scappucci, Alexander Shelley, Evan Rogister, Gary Thor Wedow, and Brian Zeger among others.

Felicia Moore makes her Metropolitan Opera debut as Anna in Nabucco in the 2020-21 season and has been engaged by Opera Maine to make a role debut as Senta in Der fliegende Holländer.  She was engaged for symphonic performances in the season with the Baltimore Symphony Orchestra, Colorado Symphony, Danish National Symphony Orchestra, Indianapolis Symphony Orchestra, and Los Angeles Chamber Orchestra among others.

Highlights of last season include the role of Susan B. Anthony in The Mother of Us All at the Metropolitan Museum of Art as a part of Project 19, the New York Philharmonic’s multi-season initiative marking the centennial of the 19th Amendment, which guarantees women the right to vote in the United States, the title role of Lady M in an online fantasia of Verdi’s Macbeth with Heartbeat Opera, and her first appearance on the roster of the Metropolitan Opera covering First Lady in The Magic Flute.  Symphonic performances included Verdi Requiem with the National Arts Centre Orchestra and an Opera Gala with the Bergen Philharmonic. She was engaged for performances in the title role of Ariadne auf Naxos with Arizona Opera and for Beethoven’s Ninth Symphony with the San Diego Symphony.

Felicia Moore sang Donna Elvira in Don Giovanni for Palm Beach Opera, Heartbeat Opera, and with Chamber Music Northwest and she made her debut with Donato Cabrera and the Las Vegas Philharmonic in performances of Beethoven’s Ninth Symphony.  Past performances include Britten’s The Turn of the Screw at Opera Columbus and the title role of Janáček’s Katya Kabanova conducted by Anne Manson in a new production by Stephen Wadsworth at Juilliard.

Felicia Moore was awarded a 2018-19 Fellowship by Turn The Spotlight, a foundation created to identify, nurture, and empower leaders – and in turn, to illuminate the path to a more equitable future in the arts through mentorship by and for exceptional women, people of color, and other equity-seeking groups in the arts.  She is a proud alumna of The Juilliard School, Mannes School of Music, and Westminster Choir College.

Thomson: The Mother of Us All