At its center is Davóne Tines, a baritone trained in opera but free of the genre’s more stilted conventions…He is a phenomenon of energy and polish and precision-guided emotion, a performer who has found — or built — the ideal vehicle for his outsize collection of talents.
Justin Davidson, New York

And simply to hear Mr. Tines sing Hughes’s “cry to the world,” in which a black man’s sense of humiliation shifts slowly into affirmation, as a solo performance would no doubt in itself have made for a deeply satisfying experience. An estimable opera singer, Mr. Tines has a depths-plumbing bass-baritone voice that can find a range of contradictions within a single note.  And his body and face match that voice in their expressiveness.
Ben Brantley, The New York Times

Tines is an exceptional, gifted singer. At many points in “Were You There” he had, and needed, no accompaniment. But to categorize him as solely a singer would be a great injustice. “Were You There” is not a concert. It’s a lament, a memorial and a catharsis. It’s a calm, measured shaking of the audience’s shoulders..
Celina Colby, Bay State Banner 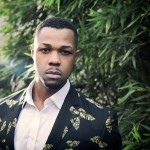 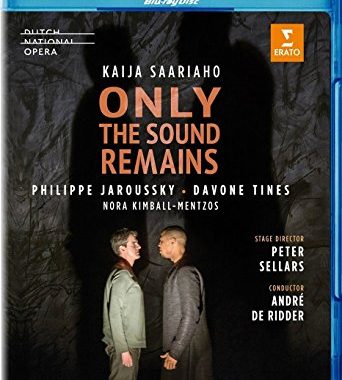 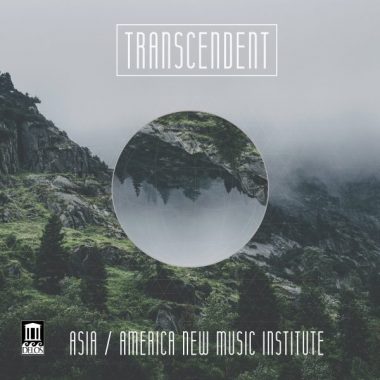 Heralded as ‘a singer of immense power and fervor’ by The Los Angeles Times, Davóne Tines came to international attention during the 2015-16 in breakout performances at the Dutch National Opera premiere of Kaija Saariaho’s Only the Sound Remains directed by Peter Sellars and at the Ojai Music Festival presenting works by Caroline Shaw and Kaija Saariaho with the Calder Quartet and the International Contemporary Ensemble.

Highlights of the present season include the European premiere of David Lang’s prisoner of the state with Ilan Volkov conducting the BBC Symphony, Schumann’s Das Paradies und die Peri with Louis Langrée and the Cincinnati Symphony, John Adams’ El Niño with David Robertson and the Houston Symphony, and Beethoven’s Ninth Symphony with Stéphane Denève and the Saint Louis Symphony.  Davóne Tines appears throughout the season on numerous concert stages in collaboration with The Dover Quartet and is presented by Carnegie Hall, Celebrity Series of Boston, Da Camera Society of Houston, and Vocal Arts DC in his first American recital tour with pianist, Adam Nielsen.

Davóne Tines was co-creator with Zack Winokur and composer Michael Schachter, as well as co-librettist of The Black Clown, a music theater experience inspired by Langston Hughes’ poem of the same name that animates a black man’s resilience against America’s legacy of oppression by fusing vaudeville, opera, jazz, and spirituals to bring Hughes’ verse to life onstage.  The world premiere was given by the American Repertory Theater in autumn 2018 and presented by Lincoln Center in summer 2019.   Of performances of The Black Clown, Ben Brantley of The New York Times lauded, “this rich, seamless production melds the past and present of African-American history into an electrifyingly ambivalent whole…An estimable opera singer, Mr. Tines has a depths-plumbing bass-baritone that can find a range of contradictions within a single note.  And his body and face match that voice in their expressiveness.”

As a founding core member of the American Modern Opera Company, Davóne Tines has been featured in a wide array of productions including Henze’s El Cimarrón and John Adams’ Nativity Reconsidered, both presented by the Metropolitan Museum of Art, and in the original work, Were You There, with music by Matthew Aucoin and Michael Schachter.

In summer 2019, Davóne Tines made his debut at Opera Theatre of Saint Louis in the world premiere of Fire Shut Up In My Bones by the creative team of Terence Blanchard and Kasi Lemmons, based on the memoir of the American journalist, commentator, and New York Times op-ed columnist, Charles M. Blow.  John Adams and Peter Sellars’ Girls of the Golden West was the platform for Davóne Tines’ San Francisco Opera debut and the work was later given its European premiere by Dutch National Opera.  He has appeared at the Opéra national de Paris, Teatro Real, and Finnish National Opera in Kaija Saariaho’s Only the Sound Remains directed by Peter Sellars, and the artist made his Brooklyn Academy of Music debut in a production of Matthew Aucoin’s Crossing directed by multi Tony Award-winning director Diane Paulus.  Additional highlights include a new production of Oedipus Rex at Lisbon’s Teatro Nacional de São Carlos led by Leo Hussain and Handel’s rarely staged serenata, Aci, Galatea, e Polifemo at National Sawdust in a new production by Christopher Alden, which examined parallels between an 18th century telling of Ovid’s mythological tale and our own contemporary aesthetic driven by power, class, race, and the cruelty of thwarted desire.

Appearances on the great concert stages of the world include John Adams’ El Niño with Vladimir Jurowski conducting the Rundfunk-Sinfonieorchester Berlin, Kaija Saariaho’s True Fire with the Orchestre national de France, Stravinsky’s Oedipus Rex with Esa-Pekka Salonen and the Royal Swedish Orchestra, Beethoven’s Ninth Symphony with Michael Tilson Thomas leading the San Francisco Symphony and with Pablo Res Broseta and the Seattle Symphony, and a program exposing the Music of Resistance by George Crumb, Julius Eastman, Dmitri Shostakovich, and Caroline Shaw with conductor Christian Reif and members of the San Francisco Symphony at SoundBox.

Davóne Tines is a winner of the 2020 Sphinx Medal of Excellence, recognizing extraordinary classical musicians of color. Along with a $50,000 career grant, the Sphinx Organization annually awards Medals of Excellence to three artists who, early in their career, demonstrate artistic excellence, outstanding work ethic, a spirit of determination, and an ongoing commitment to leadership and their communities.  He also is the recipient of the 2018 Emerging Artists Award given by Lincoln Center for the Performing Arts and is a graduate of Harvard University and The Juilliard School.