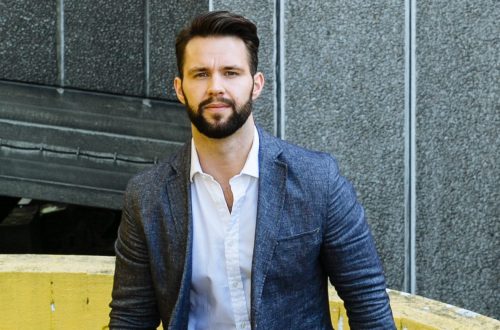 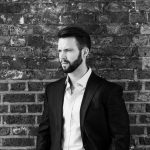 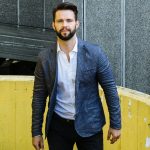 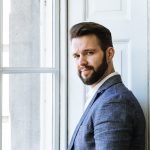 Praised for a voice of ‘incredible shimmer and blade,’ British tenor Adam Smith is widely heralded for his full lyric sound and dashing, matinée idol looks.  In the 2020-21 season, he was engaged to make his Michigan Opera Theatre debut as B.F. Pinkerton in Madama Butterfly, his Opéra de Montréal debut as Števa Buryja in Janáček’s Jenůfa, a debut with Opéra de Limoges as the Prince in Dvořák’s Rusalka, a role debut as Mario Cavaradossi in Tosca with Austin Opera, and to reprise his acclaimed portrayal of the title role of Les contes d’Hoffmann with Israeli Opera.

This past season he sang the title role of Les contes d’Hoffmann in a new production by Vincent Huguet under the baton of Marc Minkowski at Opéra national de Bordeaux and performed Rodolfo in La bohème at Opera Carolina as well as Don José in Carmen at Tulsa Opera.  He was engaged to make a debut at the English National Opera as B.F. Pinkteron in Madame Butterfly led by Martyn Brabbins, to sing Carmen at Opera Theatre of Saint Louis, and to debut at Cincinnati Opera as the Prince in a new production of Rusalka.

A former member of the Ensemble at Opera Vlaanderen in Antwerp, Belgium, Adam Smith’s dramatic and musical versatility shone in a broad range of roles there including Tamino in Mozart’s Die Zauberflöte, the Indian in Rimsky-Korsakov’s Sadko, Steuermann in Wagner’s Der fliegender Holländer, Cassio in Verdi’s Otello, Walther in Wagner’s Tannhäuser, and Amon in Glass’ Akhnaten.  He won First Prize, Audience Prize, Critics’ Prize, and the prize for The Best Tenor at the 2015 Ferruccio Tagliavini International Singing Competition in Austria.  In the same year he won Third Prize in the Ada Sari International Singing Competition in Poland and in 2016 he was a finalist in the International Moniuszko Vocal Competition.

Adam Smith appears regularly in concert including in a special performance at the 65th anniversary of ‘Victory in Europe’ day for the Royal British Legion. Oratorio appearances also include performances of Handel’s Messiah and Handel’s Samson, Haydn’s The Seasons, Lord Nelson Mass, Harmoniemesse, and Stabat Mater, Hummel’s Mass in E-flat, Frigyes Hidas’ Requiem, Karl Jenkins’ The Armed Man, Rossini’s Petite Messe Solonelle, Bruckner’s Te Deum, and Mendelssohn’s Hymn of Praise and Elijah.  He has performed famous song cycles such as The Diary of One Who Vanished by Janáček as well as Three Petrarch Sonnets of Liszt.

Born in Northern England, Adam Smith studied the violin from the age of four and having been accepted with a scholarship, was graduated from the Royal Northern College of Music with a first class honours degree in music with additional degrees from the International Opera Course at the Guildhall School of Music and Drama and a Master of Music with Distinction.   He now lives in Philadelphia with his wife, soprano Corinne Winters.